Despite being the national capital and purposefully placed between Sydney and Melbourne, Canberra is a city that not many backpackers visit. One reason for this is that not all venture further south than Sydney anyway, but also because there isn’t as much to do there.

Far from the coast it doesn’t have any beaches or lagoons, and any buildings that could be described as landmarks are mostly functional rather than anything else. There are several galleries and museums, but again, these are not always at the top of young backpackers’ to do lists. Whilst I am glad I got to visit Canberra on my trip (which I have to admit was mainly out of curiosity), I was only there for little over 24hrs, which personally I found to be adequate.

Still looks rather swish, regardless of what it resembles.

The city really reminded me of Washington D.C., built specifically to be a capital city it is comprised almost entirely of government buildings and memorials to the armed forces and various wars and conflicts. I walked through the city to Capital Hill which involves walking past the old Parliament House to get to the current new one. The first being regal and ornate, almost exactly what you would expect from a building of its period, whereas the new was highly modern. So modern in fact, it has the appearance of being built right into the hill itself, much like something from the Teletubbies. I’ll leave you to make your own decision of what that says about politics in the 21st Century.

While Canberra might be lacking in quantity of places to visit, these certainly do not lack in quality; some deliberate, some just amusing. I continued walking down across Lake Burly Griffin, and found a great example of the weirdness of how the Commonwealth works. On Aspen Island stands a Carillon, a musical instrument composed of dozens of bell, and which was a gift to the people of Australia from the British government, and was accepted by H.R.H. Queen Elizabeth II. Seems a long way to come to accept something from people who are basically your neighbours. 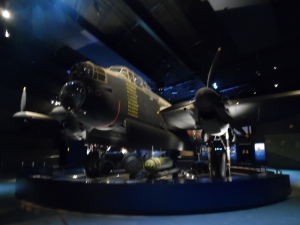 G for George, kept in pristine condition since the 40s.

Chief among those places of actual quality however, is the Australian War Memorial. A place to remember those who fought and died in Australia’s wars, going below the surface (both figuratively and actually) brings you to a museum of uniforms and artefacts, each telling their own individual story. These then lead you to the Anzac Hall, which houses the biggest, and most treasured pieces, chief among them being G For George, an original Lancaster used by Bomber Command in World War II. Sticking to the memorials principle of not glorifying, but commemorating war, George, along with various other planes, and even a Japanese Submarine, are accompanied by videos which use both original and recreated footage to give a sense of what happened on both sides of aerial conflict. 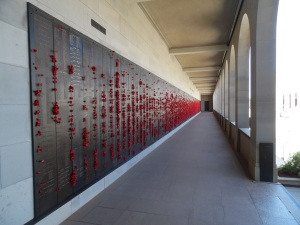 The exit again brings you to the memorial itself, along the walls of which are the names of all the Australians who died during World Wars I and II. These in turn lead up to the tomb of the unknown soldier, a feature used by several countries but here accompanied the emotional epitaph that recognises the bravery and sacrifice of a normal man who will never be known but represents so many:

#Repost @mattzhaig (@get_repost) ・・・ I wished Boris Johnson well when he was ill. If he is mentally ill - for which we have no evidence - I would also wish him well. But right now people’s lives are in danger because of the terrible decisions and unclear messaging of this government. Yesterday he told us that it was okay for his advisor to breach lockdown rules because he ‘cared’ for his wife and kids. Was that kind to the millions of us who have followed the lockdown rules and missed seeing dying relatives, missed hugs, missed funerals? Did we not care? Criticising government is the most basic principle of democracy. They are not doing their best. They are defending their careers. And his party have cut 30,000 mental health nurses in the past decade.
Another 10k chipped away at my #MayAnyWay challenge, my first of two sponsored 100k walks to raise money for @alzheimerssoc. As always, sponsorship link in bio.
Been doing some tidying in the garden and made a friend 😄
Might need to rethink things with the latest happenings, and picking a quieter time to go for my walk, but I'm still on target and that's another 3 1/3 km chipped away from my 100km #MayAnyWay challenge. Please don't forget I'm doing this to raise money for @alzheimerssoc, and any and all donations will be greatly appreciated! (Sponsorship link in bio)
Nice walk this morning, to put me back on track for my MayAnyWay challenge, and take me over the 30k. Still just my first of two 100k challenges though, and any sponsorship greatly appreciated 😄
Nothing to see here, just keep scrolling....

If you liked this, then why not try...